We all woke up at 6 this morning and started getting ready so we could be on the road by 7. Rob had a bunch of breakfast food at the cabin, so I ate a couple blueberry bagels and had a hot cup of coffee. As planned we were heading back to the trail by 7 and started hiking by 8. It was a cool and cloudy day. It wasn’t raining when we first started hiking, but by late morning the heavy rains came. I felt ok getting completely soaked today because I knew I was going to get picked up at the end of the day and head back for a warm shower and dry place. The day of hiking consisted of mostly flat, smooth terrain. There were some climbs, but with the cooler temperatures and rain I barely broke a sweat. The trail went through a lot of swamp lands and past a couple ponds. At no point in the day did I ever get above 2000 ft of elevation. I got to the road crossing where Rob was going to pick us up around 3:30. Rob was there with another hiker named Hot Sauce, and we waited for Dragonsticks and Blue Jay for about an hour. Right before we headed back another hiker named East Street showed up and ended up coming back with us for the night. It was nice to have a hot shower and change into some dry clothes. We all went out to eat at an Italian restaurant, which gifted us with unlimited bread and salad. I also got a huge plate of spaghetti with meatballs, chicken parmigiana, and sausage and cleaned the plate. After we went to King Kone and I got a coffee shake before we headed back for the night. The Red Sox were playing so we put the game on as we all chilled out. I haven’t been able to watch a game in a while so it was nice to catch up on some baseball. I’m taking a zero day tomorrow so I can see one of my friends in Pittsfield. I’m looking forward to a day of rest and then hitting the trail hard until the end! 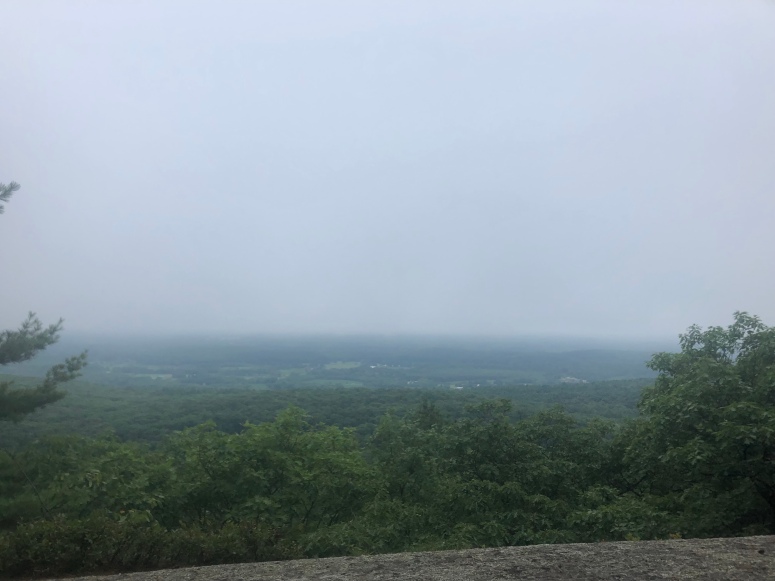 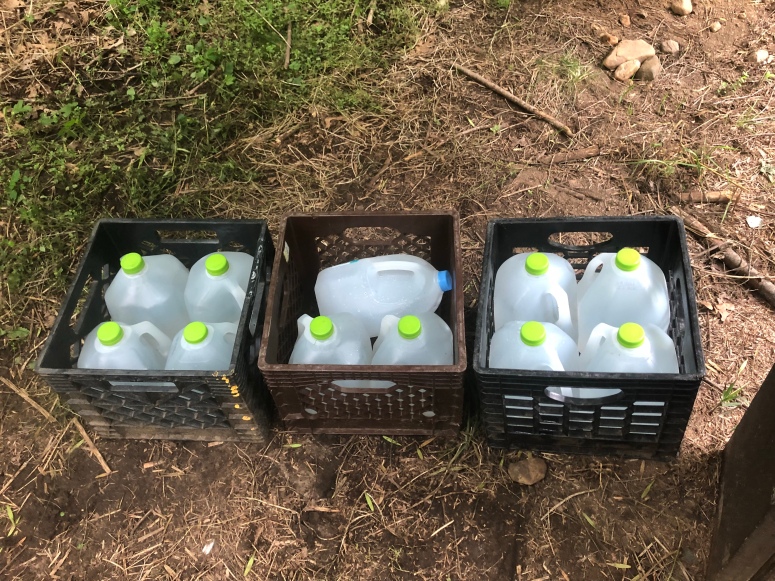 I chose to take the day off from the trail and give my body a day of rest before I push through these last 600 miles. Everybody, including myself, all woke up at 6 am and had some breakfast and coffee. By 7, Rob gathered everyone else and took them back to the trail. It was nice to have some time to chill, so I caught up on some writing while Sportscenter played in the background. I spent the morning lounging and around noon Rob took me to go get some lunch. We drove around Lanesborough and Pittsfield and he showed me a lot of places I would never have seen if I wasn’t with someone who knew the area. I forget the name of the place we ate lunch at, but it was a hole in the wall type spot with “the usuals” all shooting the shit with each other. The place is known for their hotdogs, so I got 6 fully loaded and put it down with ease. After lunch we killed some time by doing trail magic and I met a bunch of hikers I’ve never seen before, both northbounders and southbounders. By 4:30 we were back at the cabin and I waited there for my friend Chloe to come pick me up. I worked with her at the farm a couple years ago and she currently lives in Pittsfield so I got to have a home cooked dinner and stay the night. We went to her poetry event and then had Ben and Jerry’s afterwards. I got a half chocolate/half coffee shake, a cookie, a banana dipped in chocolate, and a cookie dough ball wrapped in chocolate. Back on the trail tomorrow! 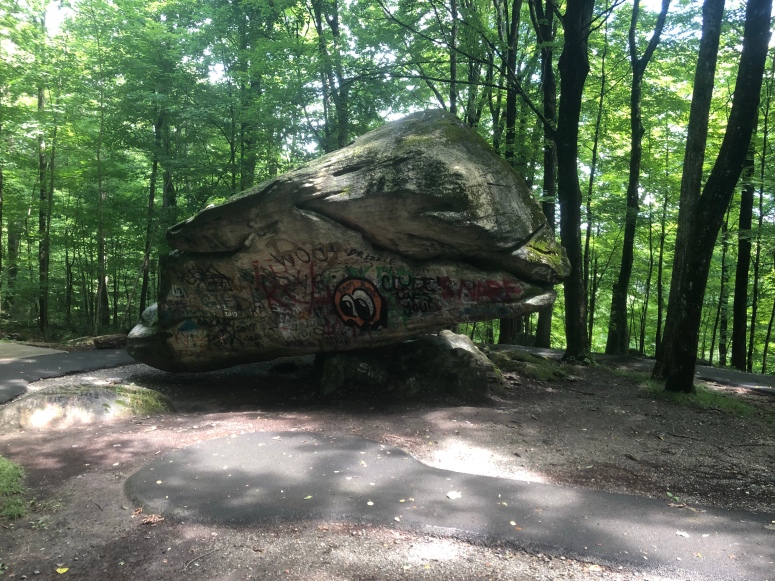 I fell asleep while watching a couple episodes of The Office last night. I started to really get into that show right before I came out to the trail, so it was nice to catch up on some episodes. Chloe drove me back to the trail and on the way we stopped at a diner for breakfast and we went to pick up my friend TJ who came out to hike with me. By the time we were on the trail it was a little after 10 and right away there was a good climb up to Baldy Mountain. From the top of the mountain, the next 10 miles were pretty flat and the terrain wasn’t too strenuous at all. Along the way was some of the best trail magic I have encountered on this trek. There were trash bins filled with chips, cookies, candy, and other snacks. There were coolers full of Gatorade bottles and blocks of cheese. It was amazing and I ate my fair share before continuing on my way. What started as a cloudy day, turned out to be a sunny afternoon, up until around 4 o’clock that is. After I crossed over the Mass Pike, I started my climb up Becket Mountain as the thunderstorms started rolling in. The thunder was loud and the rain came down hard. I was completely soaked within minutes, but just gotta keep hiking. The rain would eventually slow down, but never came to a complete stop until we reached the shelter around 7:45. We were able to set up our tents and have a ramen bomb for dinner. 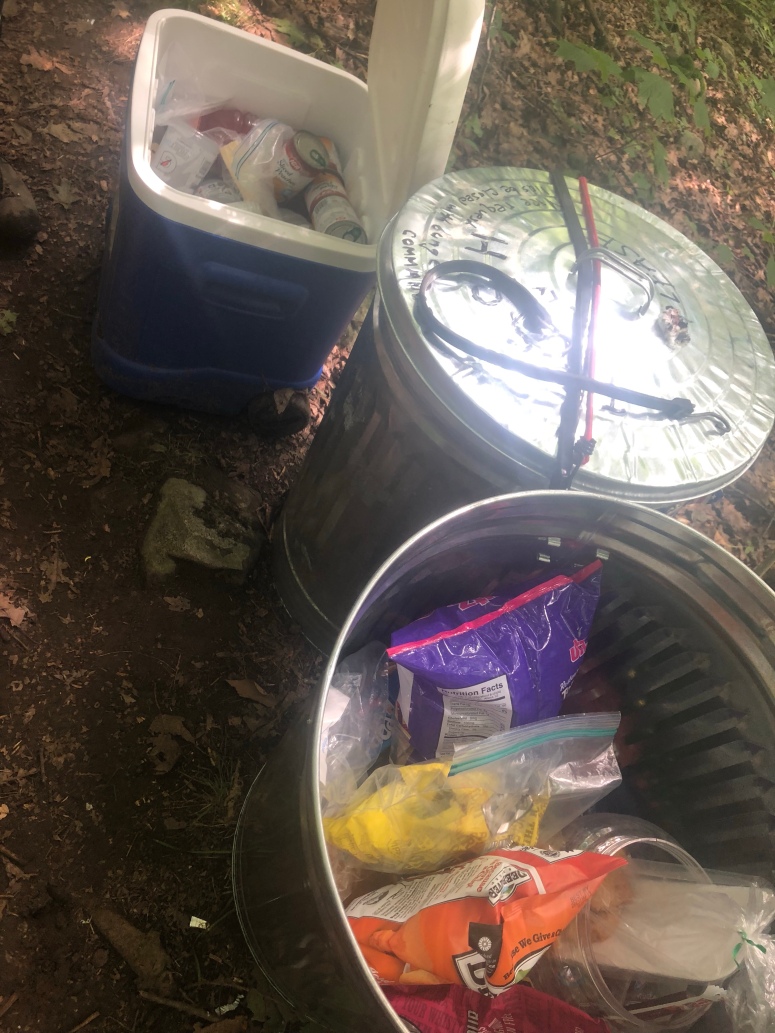 I wanted to get on the trail early so I had time to hike the long day. It was 7 by the time we were on the trail and the rain hadn’t stopped all night. It was a pretty flat 11 miles in Dalton, MA. There were a few bumps that got my heart rate up, but nothing too much. By noon the sun had come out and the trail goes straight through the town. TJ left his car at the Shamrock Inn Motel so we walked over and then headed to Hot Harry’s. I got pork belly tacos, something similar to a Crunchwrap supreme, and bottomless chips and salsa. I hung out in Dalton for a few hours and before I got back on trail I got a steak and cheese from Angelina’s and then got a smoothie from Juice and Java for dessert. It was 5 o’clock when I started hiking and my plan was to get to a church in Cheshire, MA that lets hikers camp out next to it. The first 5 miles consisted of ups and downs, but the last 4 was a descent into town. It got dark as I was hiking and had to hike with my headlamp the rest of the way. The trail came out to a neighborhood and it felt good to be on flat ground. I walked a mile on the road and got to the church around 9:45. I was pretty surprised to see about 15 tents set up in the yard and everyone was asleep. I put up my tent as quick as possible and couldn’t wait to lay down. Excited for Greylock tomorrow! 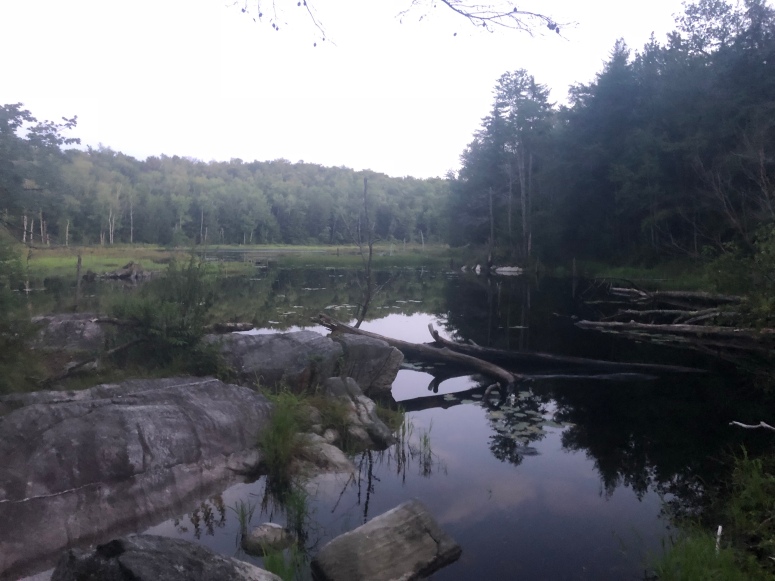 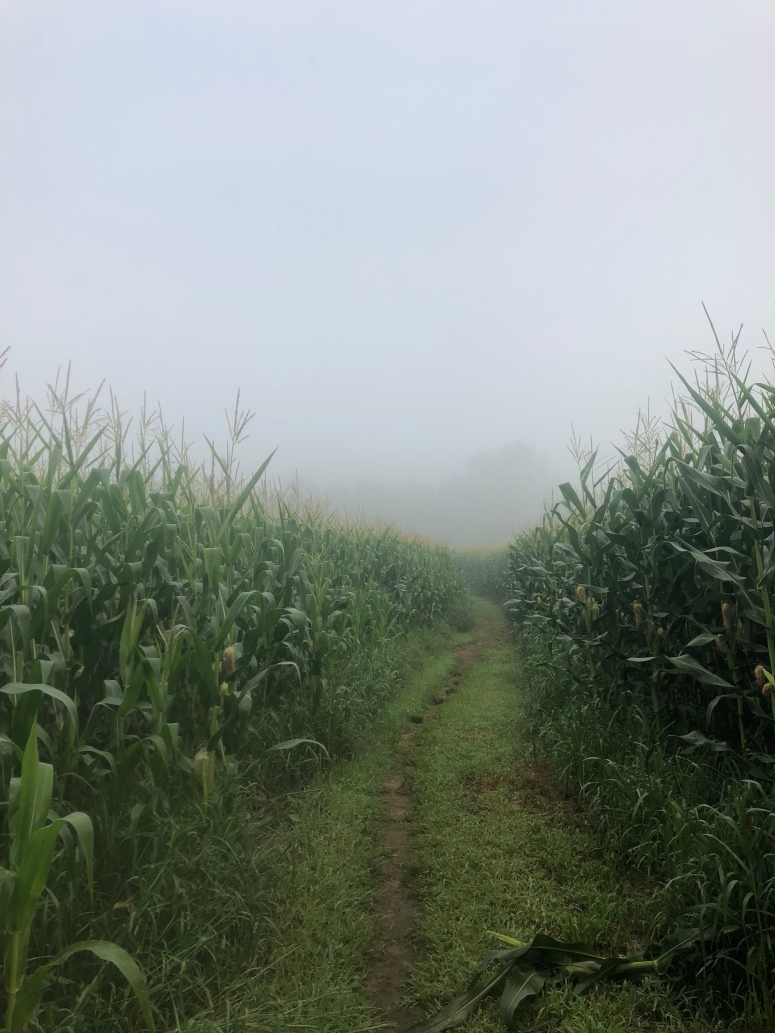 I woke up early, around 5:45, from everybody else moving around and getting ready. I wanted to have an early start anyways, so I packed up all my stuff and hit the road by 6:15. Just 1 mile in was a Dunkin Donuts .2 off trail and without any hesitation I took the detour to get some breakfast. I’ve missed being able to go to Dunks, so the two bagels with cream cheese and the cold brew was a nice treat and a great way to start my day. I stayed until 7:30 and then made the 7 mile climb up to the summit of Mt. Greylock where I met my mom! She took the scenic drive up to the top and arrived just before I did. Perfect timing. Greylock is the tallest peak in Massachusetts at almost 3,500 feet. We sat on the grass and looked out at the view of North Adams and took some pictures. I hadn’t seen her since I went home for Squam, so it was really nice to be able to spend some time with her. On the summit of Greylock is Bascom Lodge, where they have a restaurant and cafe. I had a bowl of clam chowder and a ham and cheese and my mom got a loaded cheeseburger. Luckily I was able to finish what she couldn’t! My mom left shortly after we ate, and it was sad to see her have to leave, but I have just a little bit more work to do to complete this mission and so I hiked on. The climb down Greylock was steep and it was a 7 mile descent into the towns of Williamstown and North Adams. It brought me out into a neighborhood road and I flagged down the ice cream man as he was driving towards me. I hadn’t had a Chaco Taco since I was a kid, so I got one of those and also a mango icee. I kept walking down the road and about a mile later it shot back into the woods. After a 3 mile climb I made it to the Massachusetts/Vermont border! This is my third to last state and I can’t wait to see what the Green Mountains are like. The Appalachian Trail and Long Trail share the same route for 105 miles so it will be cool to see what the Long Trail is about. I hiked into the night with my headlamp, crossing over the 1,600 mile mark, and arriving at the shelter around 10 pm. I found a spot to set up my tent and can’t wait to get to sleep. Big day today!